The fundamental differences between the 2 would be that the greater percentage of methylene diphenyl diisocyanate contained in polyisocyanurate, and also the simple fact polyisocyanurate is made with a polyol produced out of polyester rather than polyether polyol, as could be true for polyurethane. 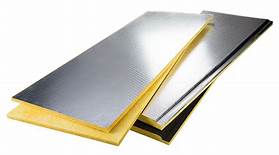 Owing to those, the catalyst and additives employed for its creation of polyisocyanurate differs from those found in memory. The creation of PIR is produced by mixing methylene diphenyl diisocyanate and polyol at substantially higher temperatures compared to those used to generate memory.

The sturdy molecular arrangement of this isocyanurate polymer and it has high crosslink contributes to superior stiffness in contrast to similar polyurethanes. This caliber gives polyisocyanurate more sustainable and chemical equilibrium Based upon the proportion of methylene diphenyl diisocyanate into polyol, that may differ from 200 to 500, the duct board may have a vast selection of stiffness, chemical or thermal equilibrium, based on its own purpose of duct board insulation.